Happy Friday afternoon, Chums! I decided to mix things up this weekend since I had to finagle my blogging schedule around for some special Saturday posts. This also allows me to be a lazy potato tonight, which I’m looking forward to since I’ve been a bit under the weather (Madame Gabs gave me her cold; so rude).

This weekend I shall mostly be doing readings for Uni so that I can get a head start on a project for one of my classes. I feel like there are some people out there who’d be greatly interested in one book in particular, so I figured why not share the fun? Beyond that, I’ll finishing up an Indonesian-Chinese contemporary that I began last weekend, and then starting a newly released Latinx thriller that also happens to be one of my most-anticipated titles for March.

If you’d like me to use the Uni reading in a future anime review, please let me know! There are a couple of serials that I feel would be an excellent source for comparison, but I don’t want to bore anyone if that’s not really your cup o’ chai. 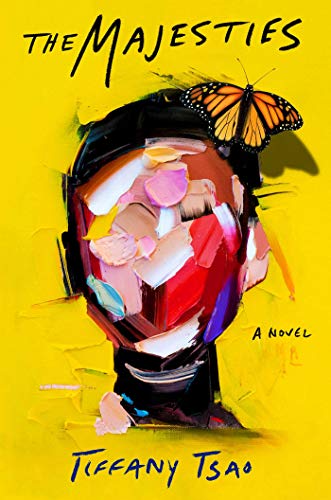 The Majesties: A Novel by Tiffany Tsao: An #OwnVoices Indonesian-Chinese contemporary about a young woman who is lying in a coma, the sole survivor of a mass poisoning that was done by her sister; a poisoning that took the lives of all 300 members of her family, including the sister who committed the crime (not a spoiler as it’s expressed in both synopsis and the first lines of the book). As she lays trapped in her own body, listening to the world pass her by, she starts to ponder the person that her sister was and how things ended up so terribly, horribly tragic.

If you want a book with a What-the-Fuck, That-Sounds-Intense-Yet-Damn-Good premise, I’d say this book definitely has that. I’m approximately 75% of the way through this short read (about 240 pages total), and I’m at a loss for words. The story is such a careful examination of a highly dysfunctional family with some deep, dark secrets. There’s so much psychological abuse and insecurities that is passed around within the family that I’m becoming less and less surprised by what happened. It doesn’t mean I’m still not shocked by it, because, wow, am I ever. I look forward to reaching the climax and seeing the true reason behind why a woman would decide to murder her entire fucking family. 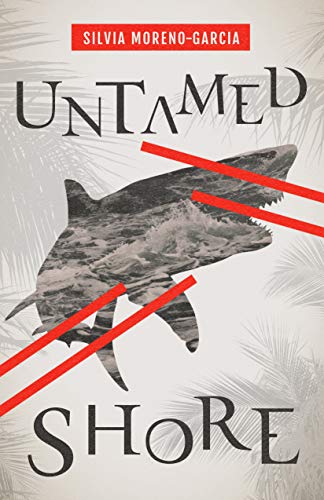 Untamed Shore by Silvia Moreno-Garcia: An #OwnVoices Latinx thriller novel, authored by a fantastic speculative storyteller, Untamed Shore takes place in Baja, California during the year 1979. A young woman named Viridiana is bored out of her mind, daydreaming about Hollywood flicks, romance, and a future that takes her out of this lame town. Then three wealthy American tourists arrive for the summer, sweeping Viridiana away with their magnetic mysteriousness. They offer her excitement and an escape from the monotony. When one of them shows up dead, Viridiana lies to protect those she loves while battling with the sort of person she ultimately wants to become.

I loved the cover and I’m supremely intrigued by the premise. Also, I don’t think I’ve ever read a book that took place in Baja, California. Anyhoo, this is my most-anticipated title for the month of March, and I can’t wait to dive into it. Given Moreno-Garcia’s splendidly imaginative speculative fiction, I can only imagine how atmospheric and gripping her thrillers can be.

Japanese Fashion Cultures: Dress & Gender in Contemporary Japan by Masafumi Monden: An #OwnVoices nonfiction books that examines fashion culture in Japan, particularly where gender, globalisation, and youth culture are concerned, with a keen focus on men’s fashion. Although the book does discuss women fashion culture as well, specifically with regard to gender roles.

My teacher wanted us to read a small section of this book for the class, which was surprising because the book is authored by a Japanese person and for some reason she seems to be against materials written by Japanese people (which I don’t fucking get because the class is Japanese Pop Culture; however, that’s not the point), but the whole book sounded so much like something I would fricking love that I decided to check out the bloody book rather than read a handful of pages from the middle of it.