The Kingdom of Copper by S.A. Chakraborty is the second volume in an #OwnVoices Islamic adult fantasy trilogy that I’m so beyond obsessed with that this whole first impressions shall probably end up being a hot mess of blabbering. This is one of the many reasons why I haven’t been able to concoct my The City of Brass book review yet. I have so many thoughts and emotions and… it’s tangled as Hell.

The Daevabad Trilogy is legit one of the best fucking fantasy serials I have ever read. When a story can get me so wholeheartedly consumed in the plight of multiple characters, to the point where I’m having physical reactions (e.g.: screaming loudly at three in the morning because some serious shite went down), then you know it’s phenomenal. It’s quite rare for me to get that invested in a book, let a whole damn series. Hats off to Miss Chakraborty for these characters (amongst all the other good stuff), holy Hell.

Anyway, moving right along. I’m just over a hundred pages into The Kingdom of Copper and the excellent storytelling is still maintaining its velocity and its quality. There were a lot of reviews out there that had stated the narrative takes a humongous dip in the second instalment, yet so far, I’m going to have to vehemently disagree. Yes, there are some things that made my jaw hit the motherfucking floor (e.g.: jab pehla kitab kathm bhe, Dara ke maut ke bad, woh waqt se paanch sal hoy gaya), but I feel like this shift in the story is necessary in order for the remaining characters to develop further.

When The City of Brass ended, Nahri (and every other fanatic of the Dumbass Who Shall Not Be Named, me included) became shattered emotionally. It was a devastating and traumatising experience. Since that very climactic Event, she has had some more heart-breaking things happen to her. She is dealing with them to the best of her abilities, however, that doesn’t mean that she’s not vulnerable or struggling emotionally and mentally, especially in the political aftermath of it all. Her fortitude and her resolve come through quite vividly from the pages and my heart just goes out to her so much. My hope during this reading of The Kingdom of Copper is that she will be able to get some semblance of vengeance for what she was forced to undergo post-Event, at the very least.

Alizayd is someone whom I had such heavily conflicted feelings for in book one. On the one hand, I could empathise with his naivete due to his position and the way that he was raised, yet on the other hand he was the rival to my precious Dumbass Who Shall Not Be Named. In the end, however, I hated that motherfucker so fucking much. Then the Event occurred and his life, and everything he held dear, was blown the hell up in its wake. In this book, I think that whatever happened to him was honestly the best thing possible. He’s already showing signs of maturity and emotional growth, and I’m rather excited to watch him truly come into his own. I feel like the experiences and the journey he shall undergo here will do wonders for his personality and individualism as well. Plus, his newly formed friendships are sweet and fluffy, and this series needs some goddamn fluff because the feels are way too ferocious, whoa.

Then there is Dara. I can’t about talk a 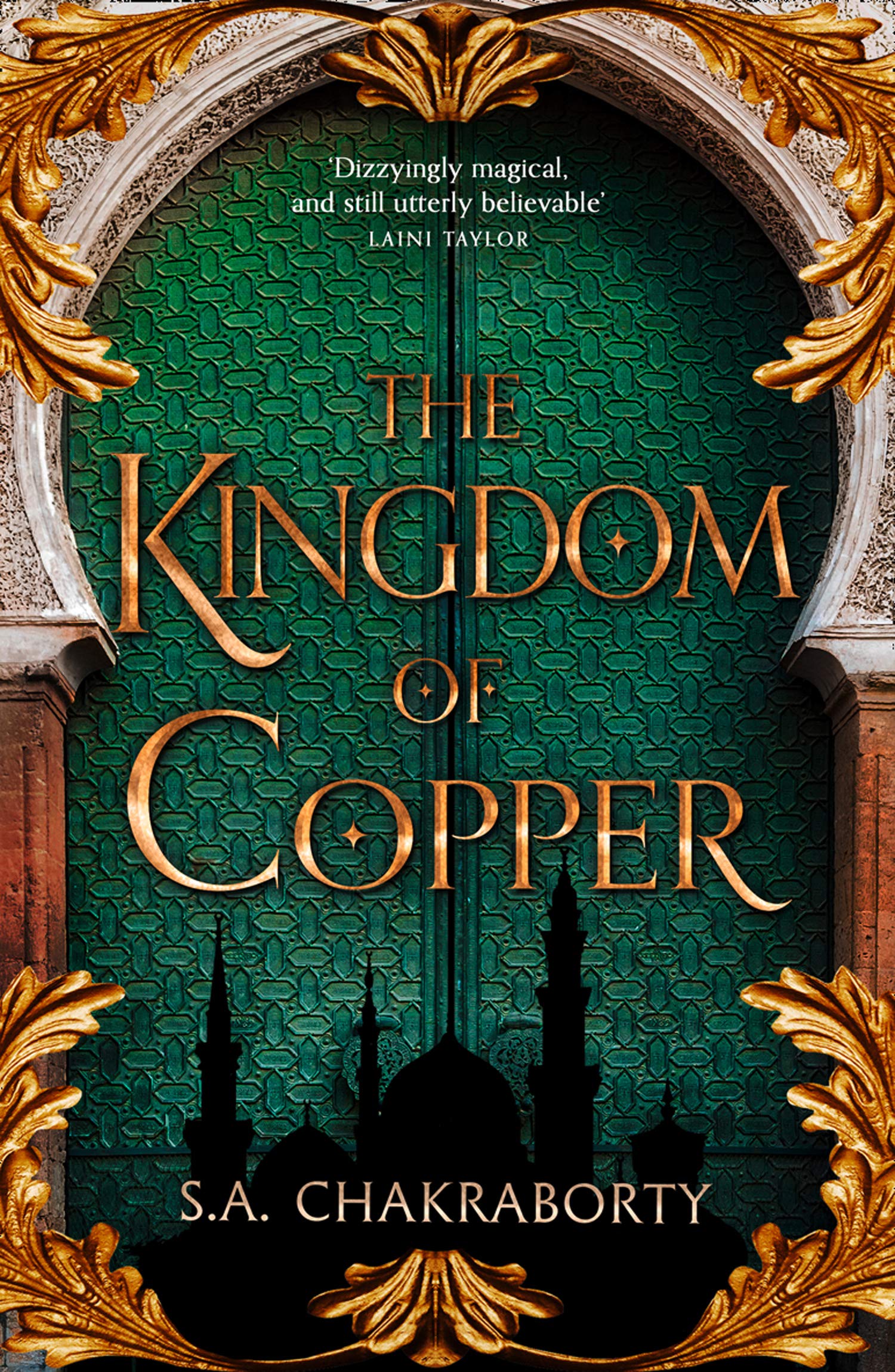 bout him. There is much pain and much frustration and much, much, much, much anger when I think about Darayavahoush. All I can really say is that whatever role Dara played, I hope that it will fuck things up for King Kamina because… *takes a deep breath*… that bastard deserves the wrath of all the fucking Seven Hells.

The political intrigue seems to be getting more intricate and the suspense behind it all has me racked with anticipation for the brutal battle that’s to come (fingers crossed). I’m hoping it’s going to be somewhat like the Event of The City of Brass, but far more vicious and badass. I love unfiltered, savage fights in my fantasy novels. It brings me joy and lights up my life (I know, I can be pretty sadistic, what can I say, really?) and I sure as hell need some of that if the book is going to end on a cliff-hanger (the rumour going around).

So, yeah. I’m enjoying myself down to the marrow of my bones. But I’m not naïve either. I have a box of tissues and a stack of stress balls ready to go if/when the time arrives to expel some emotions as these characters and their individual journeys eventually come to unified conclusion, at least until the final volume releases in June (whyyyyyyyyy so far awaaaayyyyy).

3 thoughts on “The Kingdom of Copper by S.A. Chakraborty: Fantasy First Impressions (Holy Hell, My Heart)”