Earlier this year, I took a Japanese Pop Culture class. While the class itself was something that I like to pretend was a Scarecrow-induced nightmare of epic proportions, we did discuss some fascinating subject matter. One of those was the comparison between Japanese dramas and American dramas. Honestly, being an Asian person and an avid watcher of Asian cinema, I analytically contrast the two genres often, however, I rarely do so with regard to romance. Since romance is not usually high on my priority list while watching things (I tend to gravitate towards content that is more heavily focused in science-fiction and psychological explorations, for example), I’ve never sat down and done a cohesive assessment of how romance is portrayed in Asian films and television serials versus Western ones, at least not until I took this damned class.

For the class discussion, I chose four separate shows to compare and contrast, one of which was assigned material for the corresponding module (Tokyo Love Story), and I thought it would be cool to share my discussion post for that class with y’all. I figured there are some Asian drama enthusiasts out there that may find this material rather fascinating. I know that I sure as hell did. Plus, I’d love to know y’all’s thoughts on this. Check it out and let me know what feel on the subject.

Please note that there may be spoilers for the following shows: Tokyo Love Story, Tokyo Tarareba Girls, Ally McBeal, and F.R.I.E.N.D.S. Read at your own discretion. Thanks.

For this discussion, I’m going to compare Tokyo Love Story, Tokyo Tarareba Girls, Ally McBeal, and F.R.I.E.N.D.S. The focus for this discussion will be on how sex and romance are used as narrative constructs in these shows.

While watching Tokyo Love Story, the biggest difference that stood out to me with regard to American dramas versus Japanese dramas was the focus on sex versus love. In Japanese dramas, there is an examination of the bonds that people make as individuals and this emotional intimacy becomes a big part of the narrative’s driving force. Sex is a natural result of the deeper connection between two individuals, and thus has more meaning for the couple. Now, I’m not saying there isn’t a sexual component at all, but it takes a backseat in lieu of interpersonal connections. However, with American dramas, the opposite is true. Sex is the key element in finding romance and is what makes people gravitate towards potential life partners. The obsession with sexual attraction and a strong physical desire for a person must be present before love can even be a consideration. If there is no passion or raw sexual energy, then the chances for love are nil.

In Tokyo Love Story, you have a web of complex characters who all have feelings for one another to various degrees. While there is a strong sexual aspect to one of the character’s intentions (it has more to do with his personality than anything else), the others are people who are merely in search of long-lasting meaningful companionship. We see this with the way that Kanji pines for his old high school crush, Satomi, and then again at the end of the pilot episode with the way that Rika interacts with Kanji after he discovers that Satomi’s heart lies elsewhere. 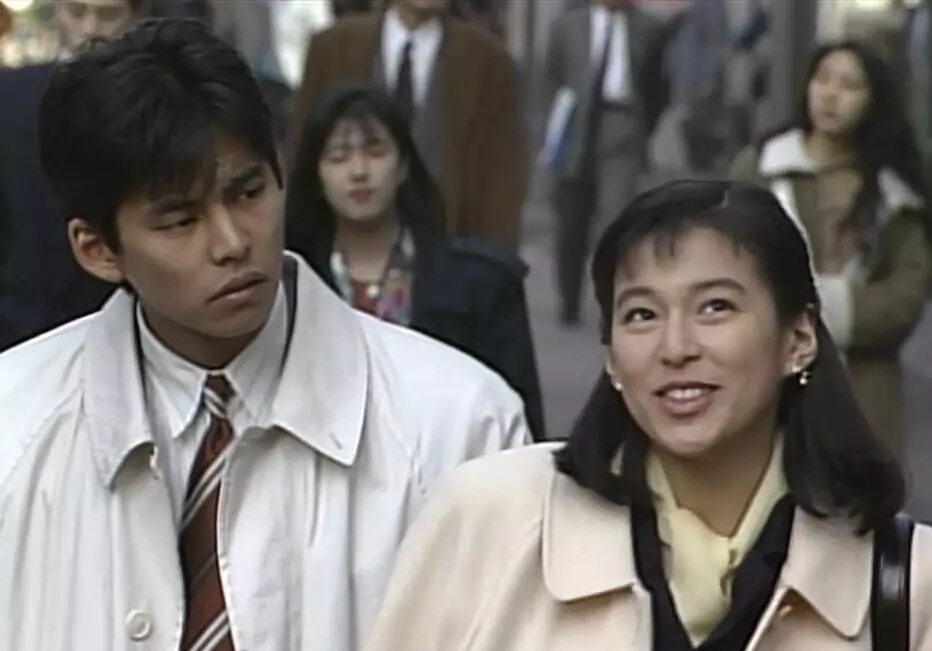 In an American drama that released around the same time period as Tokyo Love Story, known as Ally McBeal, sex is a gargantuan theme. There isn’t a single episode that goes by when discussion or depictions of sex isn’t portrayed. There are women who are drooling over men with animated responses via their tongues hitting the floors, to men trying to visualise their co-workers and colleagues without clothes. The pilot episode is an excellent example of this and works quite well to set-up the tone of this sex-infested drama. In the first episode, there is flashback to when Ally, the namesake of the series, shows her interest in Billy by sniffing his butt (she was a kid and saw that this was how dogs showed interest in other dogs). As an adult, she thinks about this moment after learning that Billy will be a co-worker of hers at her new law firm. She thinks about their first kiss and how much she wanted to kiss him again after so many years, which then moves towards the physical feeling of kissing him rather than the emotional responses it creates. Throughout the series, sexual innuendo and references to physical engagement is used as the mandate for which to determine quality “husband” traits for women seeking life partners. Every cast member has a fetish to one extent or another. Exploration of interpersonal relationships that transcend the physical desire is rarely ever shown without the mention of sex; components that are rarely seen in Japanese dramas.

The ladies from Ally McBeal drooling over male “eye-candy.”

Even when Japanese dramas do concentrate on sexual relationships, the physical act is uncommonly under a critical lens with relation to romance potentiality as is typical in American television. A good example would be Tokyo Tarareba Girls, which follows three women in their mid-30s. Within the first and second episodes, one of the leading ladies named Rinko has a one-night stand with a man who is much younger than she is (she’s 33 and he’s in his early to mid-30s). Discussions of her attraction towards the youngster—who is later revealed to be an up and coming model/actor—does occur between her and her two female friends, but it is almost always in the context of a serious relationship where compatibility stems from shared interests, life experiences, and emotional maturity levels, not the nature of the sexual interaction. Rinko desires a loving and long-lasting relationship above all else, not a youthful fling where the only form of intimacy stems from coitus. Here, rather than  sex being an authority in the narrative, it’s shown as being a symptom of loneliness and emotional inadequacy, as well as some other psychological obstructions to commitment and romance. 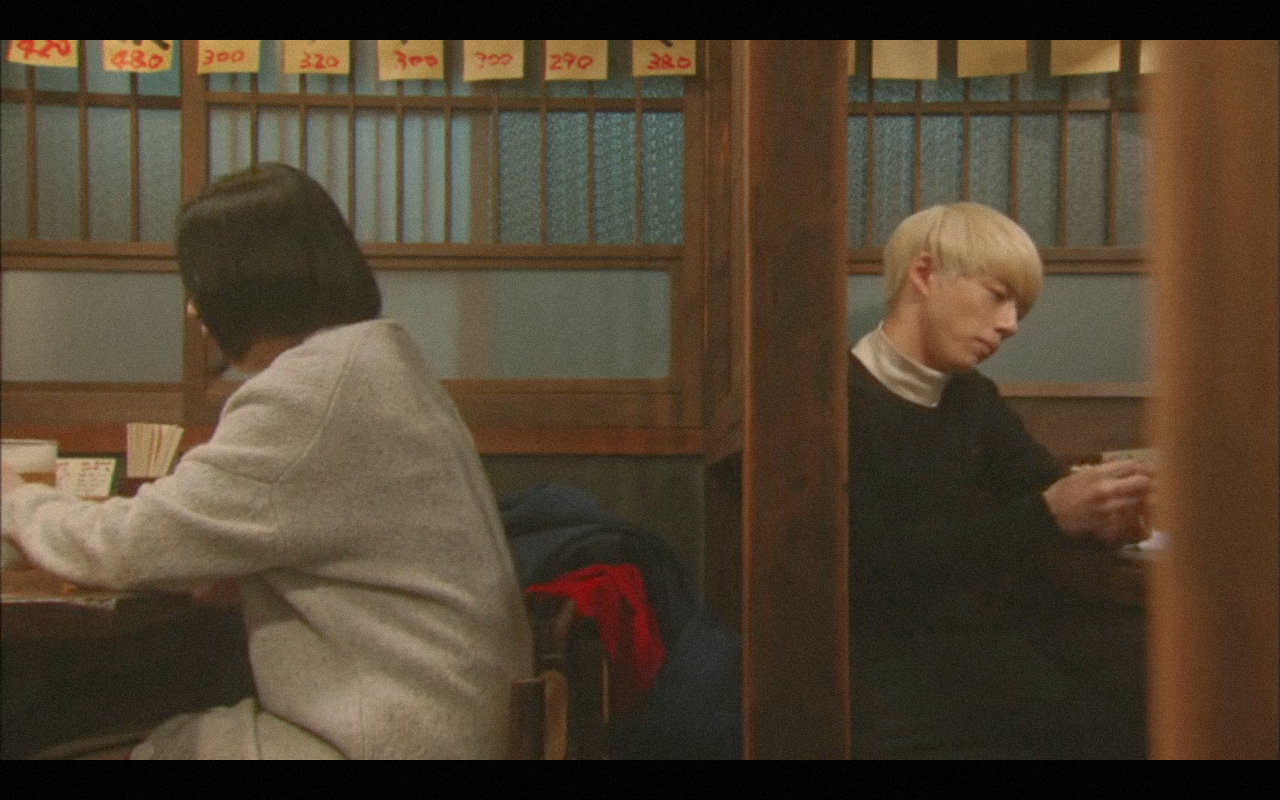 F.R.I.E.N.D.S. is another American series that is similar to Tokyo Tarareba Girls in that it’s about a group of aging people who feel like their clocks on finding husbands and wives are ticking quickly. Like Ally McBeal, the bulk of their interactions with potential partners constantly revolves around sex. Joey is only capable of having a superficially physical exchange with women. Monica dumped a man that she connected rather well with emotionally because he had strange quirks in bed. Rachel starts a fling with someone based wholly on raw physical attraction and then seeks a relationship, but realises she has nothing in common with her beau. Chandler won’t even consider a woman if she’s not physically a walking work of perfection. Ross has the hardest time connecting with women, so whenever someone shows a slight interest in him, he becomes almost desperate to sleep with them in order to validate their interest in him and vice versa. At one point, each member of the group, with the exception of the siblings, has thought about the other in a sexual manner. A serious relationship with emotional connections is utterly meaningless if sex isn’t involved. It’s also always the first thing that people need to figure out. If there’s no capacity for a lust-fuelled engagement, then any semblance of emotional intimacy is pointless or a waste of time to these folx, which is incredibly unrealistic, not to mention an unhealthy way of starting a relationship. 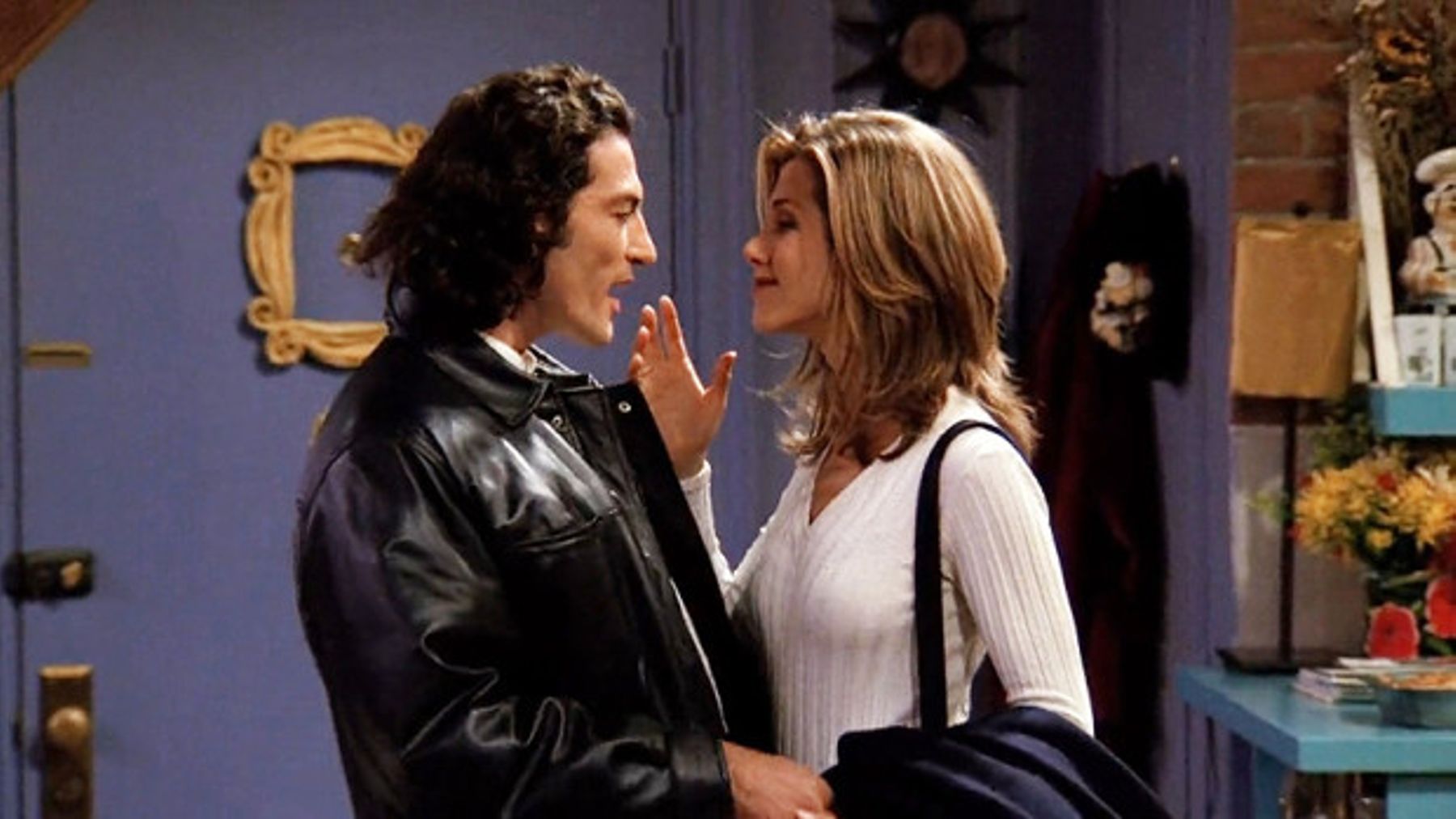 Even with this rather profound difference on the portrayal of sex versus love, there is one thing that American Dramas and Japanese Dramas do have in common, and that is the representation of a working woman who struggles to find long-term companionship and commitment.

Working women tend to be fiercely strong-willed and independent, which shows them as being sexually liberated. This can be incredibly intimidating to potential partners because it can make them feel like they have nothing positive to contribute to a woman’s life when she has it all, especially on an emotional level.

In Tokyo Love Story, Rika is a very independent and hard-working person. Her relationship in the end doesn’t work out because Kanji wants a woman who will stay home and take care of him and a growing family. Something Rika is against as she doesn’t feel she should have to sacrifice her career in order to have a family. In Tokyo Tarareba Girls, Rinko is also a meticulous and dedicated professional of her craft of scriptwriting. Because she works long hours and spends her free time unwinding with her girlfriends, she has a difficult time meeting men with whom she can formulate a connection with. Both women can also be difficult to approach due to how self-assured they seem to be others around them, whether they actually are or not. 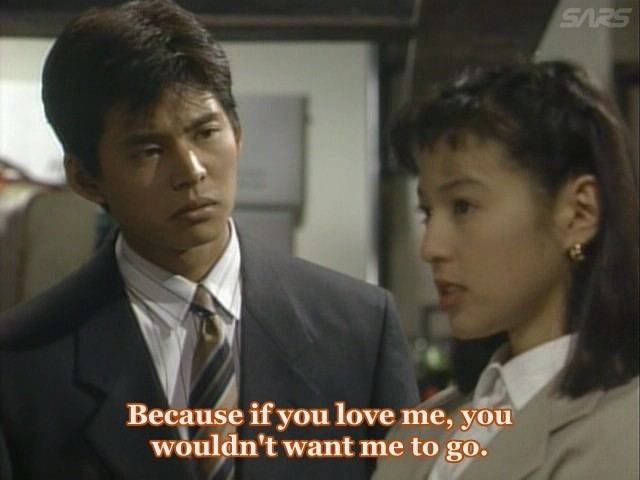 Knowing what love is worth is hard.

Ally McBeal is an incredibly talented lawyer who has one of the most eccentric personalities around. Men have told her that she’s remarkable and they fall in love with her quite easily, but her overwhelming sense of self and almost self-righteous ambition makes them feel uncomfortable and easily daunted. Ross was perfectly happy with Rachel until she became a career woman who started focusing on her professional pursuits. Because of that, he started to feel insecure and intimidated by his existence in her life, like he was no longer needed for emotional support; a characteristic that he felt meant there was no point to his presence in their relationship.

Both types of dramas critique this notion that if a woman is successful professionally, then that means she’s also got everything pieced perfectly together in her personal life. Her emotional availability is decidedly unavailable if she’s a career-oriented and ambitious individual. It’s far easier to pursue someone who is more vulnerable and possibly less self-confident, or more self-conscious, because then the individuals pursing them can feel needed in the relationship. Feeling needed equates to compassion in the minds of these kinds of people (men specifically in these scenarios).

American Dramas and Japanese Dramas are quite different with regard to sex and love as elements within a romantic relationship, which is why they are appealing to different sorts of people. I prefer narratives based on interpersonal bonds rather than physical ones, which is why I love Asian Dramas, but I also enjoy the critical minutiae on gender roles and how romance, no matter if its foundation is purely physical or not, is almost always inequal, unbalanced, and prejudiced when it comes to diverse gender perspectives, which is a theme that both sets of dramas share regardless of their other variances.

How do you feel about the different ways that romance is portrayed in Japanese (or even Korean) dramas versus American dramas? How are women represented versus the men?

5 thoughts on “Romance Dynamics in Japanese Dramas vs. American Dramas – A Discussion”