Comics are some of my favourite things in the whole world. It’s a medium that has some of the very best narratives to offer and almost always has something to say about the fucked-up parts of society. Throughout history, comics have provided a platform for the voices of marginalised experiences where other platforms sought to silence the voices of the suffering and oppressed. During this revolutionary time in the world, I turned to this fantastic medium for stories about Black experiences and Black-inspired fictional stories, mostly because I wanted to share them with my nephews. It’s important for them to read and experiences books by all marginalised voices, especially Black people as they are always the most neglected and disregarded in the arts. Yet, when I tried searching for stuff to read that we hadn’t already read, I was vehemently upset to discover that such a vast amount of stories about Black folx are written by non-Black people, especially White creators and artists. While this didn’t surprise me in the end, it still broke my heart and made me pretty angry. 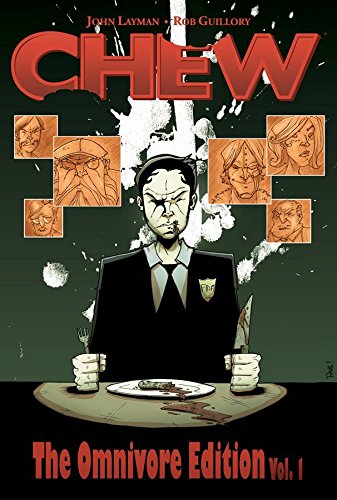 We all know there is an astounding lack of diversity with regard to Black voices across all artistic avenues. It’s a grotesque fucking truth that desperately needs changing, and the comic medium is no fucking exception to this. There are so few comic creators out there being pushed by publishers in this industry. People would rather put their money behind Black stories told by White writers and artists rather than support Black creators. A lot of casual readers of comics don’t even realise that some of their favourite franchises are made by Black folx (for example, Chew is illustrated by Rob Guillory, who is a BIPOC; all the chums I spoke to assumed he was White).

As someone who positively adores this medium, I feel that it is the responsibility for readers to rise up and show that “Yes, we want all inclusive stories written by #OwnVoices writers and illustrators!” It’s not enough to wish and hope for the industry to wake up and start backing Black creators. It’s already really fucking apparent that merely relying on them to do as such is a wasted effort. I want to put my money and my energy and my love behind the support of more marginalised people in this industry. I need my stories about POC and BIPOC from people of those very same backgrounds rather than tales spun by non-POC who rely on stereotypes and token characters to portray experiences that are usually harmful for POC and BIPOC readers. When I picked up Ms Marvel by G. Willow Wilson, I had such amazing expectations for it, particularly given the hype, but it ended up being laced with stereotype upon stereotype and falling victim to almost every assumption made by White folx about Pakistani-Americans. I need to do better as a reader and as someone who is a vehement supporter of inclusivity in every aspect of the arts, particularly one of my favourite mediums. Besides, most of my favourite comic serials ever written were crafted by marginalised creators.

Today, I wanted to share with you some kick-ass fucking comics by Black authors and artists that y’all should check out, whether you’re new to the medium or long-time readers, or somewhere in the middle. These are books that I have seen very few to no book bloggers chat about when they share comic wrap-ups or recommendations lists and things of the sort. The narratives in all these are positively badass and very insightful, and I’m excited to share them!

Firebug by Johnnie Christmas: A volcano goddess named Keegan is loose in the world, and the prophecies are unclear whether her coming will bring humanity’s destruction or salvation. In the shadow of a sacred volcano, from which Keegan derives her powers, lies the ancient city of Azar. Holding the key to the mysteries of her past, Keegan and her friends must get to Azar before it is overrun by a horde of forest monsters. Meanwhile, The nefarious Cult of the Goddess has plans to summon forces as old as time to extinguish Keegan’s flame permanently.

Tartarus by Johnnie Christmas: When Surka, a ruthless criminal warlord, escapes her prison pit, she unleashes a wave of destruction that ripples across Tartarus, a vital colony in an everlasting galactic war. Years later when Tilde, a young cadet, learns that she’s Surka’s daughter, will she continue to fight on the side of galactic order or reclaim her mother’s dark crown?

Bitter Root by David F. Walker: Once known as the greatest monster hunters of all time, the Sangerye family specialised in curing the souls of those infected by hate, but those days are fading. A terrible tragedy has claimed most of the family, leaving the surviving cousins split between curing monsters and killing them. Now, with a new breed of monster loose on the streets of Harlem, the Sangerye family must come together, or watch the human race fall to untold evil.

LaGuardia by Nnedi Okorafor: In an alternate world where aliens have integrated with society, pregnant Nigerian- American doctor Future Nwafor Chukwuebuka has just smuggled an illegal alien plant named Letme Live through LaGuardia International and Interstellar Airport and that’s not the only thing she’s hiding. She and Letme become part of a community of human and alien immigrants; but as their crusade for equality continues and the birth of her child nears, Future– and her entire world– begins to change.

Livewire by Vita Ayala: Accomplice. Mentor. Saviour. And now, Enemy of the State. Seeking to protect other vulnerable super-powered psiots like herself, Livewire plunged the United States into a nationwide blackout with her technopathic abilities, causing untold devastation. After choosing the few over the many, she must now outrun the government she served – and those she once called allies. With the whole world hunting her, what kind of hero will Livewire be…or will she be one at all?

The Wilds by Vita Ayala: Daisy Walker is a Runner for The Compound, a mix of post-apocalyptic postal service and black-market salvaging operation. Out beyond the settlement walls are innumerable dangers, but, after a decade of surviving, Daisy isn’t fazed by any of it — until her lover, another Runner named Heather, goes missing on a job.

Victor LaValle’s Destroyer by Victor LaValle: The legacy of Frankenstein’s monster collides with the socio-political tensions of the present-day United States. Mary Shelley’s Frankenstein beseeched his creator for love and companionship, but in 2017, the monster has long discarded any notions of peace or inclusion. He has become the Destroyer, his only goal to eliminate the scourge of humanity from the planet. In this goal, he initially finds a willing partner in Dr Baker, a descendant of the Frankenstein family who has lost her teenage son after an encounter with the police. While two scientists, Percy and Byron, initially believe they’re brought to protect Dr Baker from the monster, they soon realize they may have to protect the world from the monster and Dr Baker’s wrath.

Black by Kwanza Osajyefo: In a world that already hates and fears them – what if only Black people had superpowers. After miraculously surviving being gunned down by police, a young man learns that he is part of the biggest lie in history. Now he must decide whether it’s safer to keep it a secret or if the truth will set him free.

The Banks by Roxane Gay: For fifty years the women of the Banks family have been the most successful thieves in Chicago by following one simple rule: never get greedy. But when the youngest Banks stumbles upon the heist of a lifetime, the potential windfall may be enough to bring three generations of thieves together for one incredible score and the chance to avenge a loved one taken too soon.

Hot Comb by Ebony Flowers: The titular “Hot Comb” is about a young girl’s first perm―a doomed ploy to look cool and stop seeming “too white” in the all-Black neighbourhood her family has just moved into. In “Virgin Hair,” taunts of “tender-headed” sting as much as the perm itself. “My Lil Sister Lena” shows the stress of being the only Black player on a White softball team. Lena’s hair is the team curio, an object to be touched, a subject to be discussed and debated at the will of her teammates, leading Lena to develop an anxiety disorder of pulling her own hair out.

The Crossover Graphic Novel by Kwame Alexander and Dawud Anyabwile: The graphic novel adaptation of the novel Crossover. Follows 12-year-old Josh Bell and his twin brother, Jordan. They are both awesome on the court. But Josh has more than basketball in his blood, he’s got mad beats, too, that tell his family’s story, in this adaptation of the MG novel of family and brotherhood from Kwame Alexander. Josh and Jordan must come to grips with growing up on and off the court to realize breaking the rules comes at a terrible price, as their story’s heart-stopping climax proves a game-changer for the entire family.

I Am Alfonso Jones by Tony Medina:  Alfonso Jones can’t wait to play the role of Hamlet in his school’s hip-hop rendition of the classic Shakespearean play. He also wants to let his best friend, Danetta, know how he really feels about her. But as he is buying his first suit, an off-duty police officer mistakes a clothes hanger for a gun, and he shoots Alfonso. When Alfonso wakes up in the afterlife, he’s on a ghost train guided by well-known victims of police shootings, who teach him what he needs to know about this subterranean spiritual world. Meanwhile, Alfonso’s family and friends struggle with their grief and seek justice for Alfonso in the streets. As they confront their new realities, both Alfonso and those he loves realise the work that lies ahead in the fight for justice.

The Black Mage by Daniel Barnes: When St. Ivory Academy, a historically White wizarding school, opens its doors to its first-ever Black student, everyone believes that the wizarding community is finally taking its first crucial steps toward inclusivity. Or is it? When Tom Token, the beneficiary of the school’s “Magical Minority Initiative,” begins uncovering weird clues and receiving creepy texts on his phone, he and his friend, Lindsay, stumble into a conspiracy that dates all the way back to the American Civil War, and could cost Tom his very soul.

If you are able to do so, please check out these comics and graphic novels, and support Black creators in this industry (and every industry, really)! It is so vital for the stories of POC and BIPOC to be told via #OwnVoices authors and artists! Let’s keep making the change towards equality and total inclusivity.