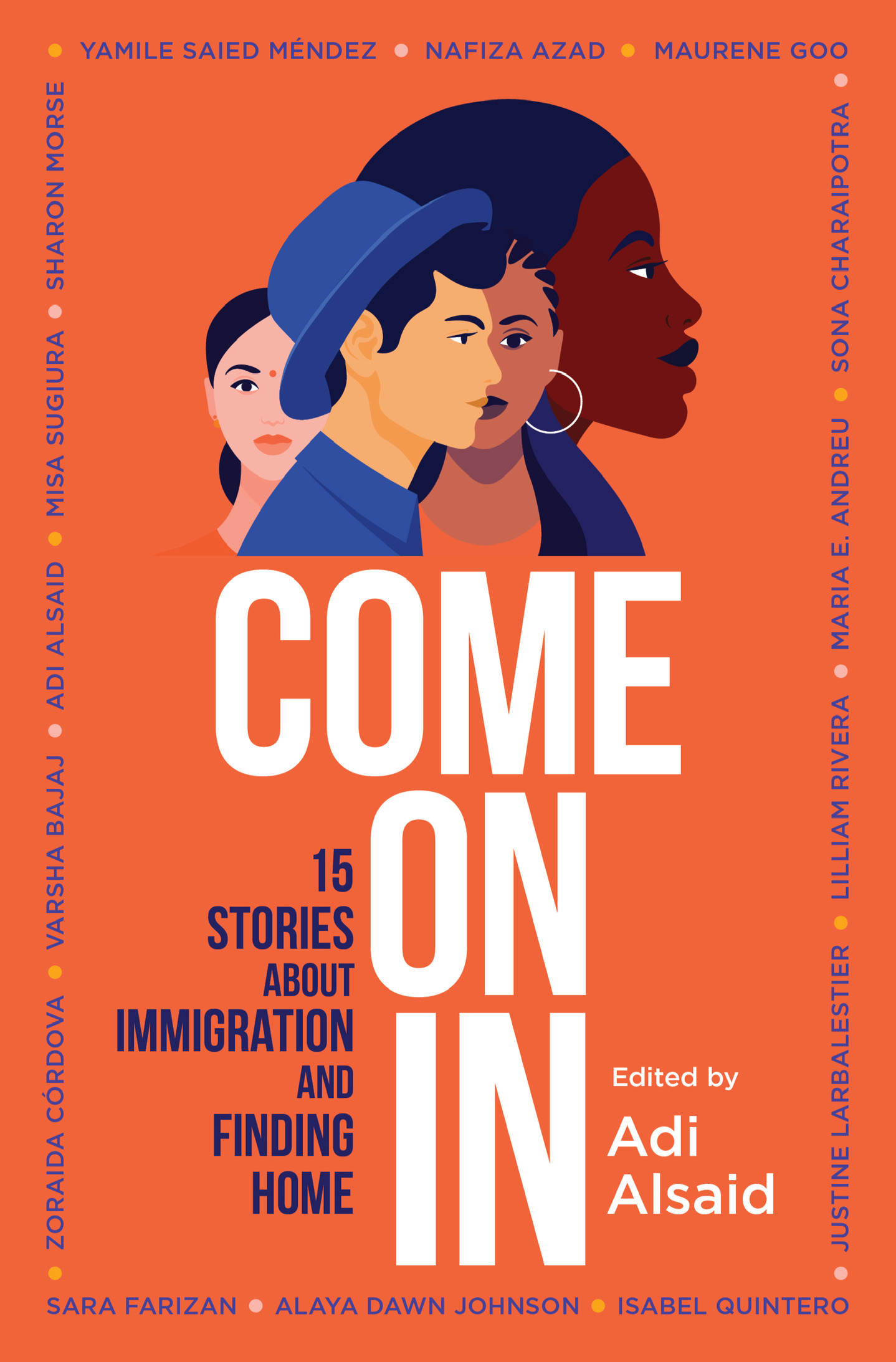 Come On In: 15 Stories About Immigration and Finding Home edited by Adi Alsaid is a young adult anthology of short stories about the immigrant experiences. Each tale is an #OwnVoices story and includes a plethora of identities including first, second, and third generation immigrants as well as folx with Fijian, Ecuadorian, Mexican, Korean, and Indian cultural and racial ancestry, to name just a few. When I first heard about this collection in January, I became indescribably ecstatic for it, being a first generation Indian-iTaukei immigrant myself.

A common misconception is that all immigrants have very similar experiences. While some of us may have shared experiences with regard to fleeing a homeland for the safety of our lives and the lives of our loved ones, for others having to leave behind a home, culture, and identity entails so many other aspects that may be nigh impossible to express. That’s what I loved the most about Come On In. It beautifully portrays how immigrant experiences aren’t a monolith and each immigrant has a different story to tell. Not all of us feel the same sorts of cultural clashes that our parents or other relatives may have felt upon arriving to America and not all of us arrived in America but were in fact, born here. The encounters, trials, and tribulations are different for every immigrant and to see a collection of narratives that are so wholeheartedly genuine and unfiltered in their expression of those struggles and challenges with regard to shaping personal identities is incredible.

My parents fled Fiji when a coup threatened to tear the country apart. There was a great civil war going on between native Fijians and the Indian people who were originally brought to the Islands as slaves under British Rule to work sugar plantations. For my family, it literally was a matter of life and death and having to choose between their identities. Together we faced cultural and language barriers that were indescribably difficult.

Reading the stories in Come On In about other people who have moved to America for a better life because of such turbulent circumstances, such as All the Colours of Goodbye By Nafiza Azad, was a bittersweet comfort. It felt wonderful to see a part of my identity and some of my experiences being represented in such a way.

Then there are stories about people who were born in America to immigrant parents and because of that they have always felt a great disconnect from their ancestral homelands and cultures, which is explored in the story Where I’m From by Misa Sugiura. This is something else that I related to having spent most of my teenage and adult life in the States versus my native home. The frustration of trying to balance two identities while feeling like you don’t belong to either one can be confusing or overwhelming, especially during a coming-of-age period such as the adolescence to adulthood. This is further exacerbated when American-born People of Colour are constantly hounded with questions like, “Where are you really from?” Being am immigrant isn’t always about leaving or arriving, but neither as well.

The level of diversity in Come On In is positively extraordinary, each one unique and separately from the other, outlining an identity that expresses the many vibrant shades of the immigrant perspective. There are stories about people who had to leave their families behind as they shifted to a strange new land with strange new social norms and customs. There is a story—First Words by Varsha Bajaj—about the hardships of overcoming language barriers. There’s even a tale, called The Trip by Sona Charaipotra, about a young Pakistani teenager who is presumed to be a terrorist while she is headed out on a school trip. She’s sixteen years old and stopped by ICE simply because she’s Pakistani; a story that many, many South and West Asian readers shall be able to relate to in a heart-breakingly intimate way.

These short stories may feel a bit outrageous or elaborate to folx who have never experienced what it’s like to separate from one’s culture, language, roots, and family, but I believe that’s what makes them even more powerful and necessary, especially in a world where diverse people are marginalised for having seemingly “abnormal” existences. It isn’t that our lives and histories are abnormal, it’s that they are distinct and usually silenced due to shame, humiliation, ignorance, or incredible fear of ostracism, to name a few. Written with kindness and honesty, each short story is intelligent as well as wonderfully fluid and accessible for a variety of reading levels and young adult audiences, contributing to its versatility and multifariousness. There are so many young adults out there who will be able to pick up this collection and hold it their hearts knowing they are valid and their experiences are true, sincere, and a remarkably vital part of who they are and who they shall grow to become, and that’s what makes Come On In one of the best books released in 2020.

If you’re looking for a brilliantly comforting, coming-of-age #OwnVoices book for your Autumn and Winter reading, then I highly, highly recommend that you pick up a copy of Come On In. These fifteen voices shall not disappoint you at all.

Please note that I received a free copy in exchange for an honest review, courtesy of Inkyard Press.

One thought on “Come On In: 15 Stories About Immigration and Finding Home edited by Adi Alsaid: A Remarkably Comforting, Coming-of-Age Anthology of Heartfelt Diverse Immigrant Identities”