The Spring 2020 simulcast season is just around the corner, which is mind-blowing. I feel like Winter zipped on by like Takumi Fujiwara in a full-powered AE86 tofu drift. While not emotionally prepared for some of the current shows to come to an end, as they’ve been helping to bring me comfort during this time of worldwide chaos, I do look forward to the offerings for the upcoming season because there’s a few obscure ones that sound like my perfect cup o’ chai.

I don’t have a gigantic list of shows to check out this time around. Recently, I’ve learned that by sticking with only a few anime at a time, it’s much easier for me to keep up with them on a week to week basis without feeling pressured, overwhelmed, or worse. Finally discovering my perfect balance for seasonal watches has felt really nice and comforting and has also encouraged me to binge more older anime on my spare time in between work, Uni, and treatment shtick. So, today I will only be sharing five anime serials that I plan on indulging in during Spring.

Fruits Basket Season 2 (フルーツバスケット): I might as well get the most-anticipated title out of the way first. Fruits Basket is a shōjo, supernatural, romcom series about a young girl named Tōru Honda that is living in a tent in the middle of the woods while her grandfather’s home is being renovated. One day, a classmate of hers uncovers her dilemma and invites her to stay with him at his family home. Shortly after accepting his offer, Tōru discovers that the Sōma family have a very peculiar secret.

The first season was such a marvellous delight and I’ve been awaiting the release for the next one for what feels like a hundred years. If you’ve never read or seen Fruits Basket, check out my musings for season one here.

Woodpecker Detective’s Office (啄木鳥探偵處): Originally a mystery novel about a poet and a linguist who investigate local supernatural mysteries. This is set during the Meiji era in Asakusa (Taitō, Tokyo in modern times).

Okay, so it didn’t take much with this one to completely absorb my interest. First of all, it’s set during the Meiji era. I love historical narratives, no matter what medium they are (books, anime/manga, cinema, etc.). Secondly, it’s about dudes who investigate ghostly happenings. I love ghosts and (mostly) all things supernatural related. Lastly… there actually is no lastly. Those two are all that it took.

Fugō Keiji Balance: Unlimited (富豪刑事 Balance：UNLIMITED): Another detective, mystery series with comedic elements, this one follows Daisuke Kambe, who’s the heir to one of the wealthiest families in Japan. He gets assigned to be a detective in the Modern Crime Prevention Task Force. He doesn’t waste any time with using his family’s influence and riches with solving cases. But his partner, Haru Kato, doesn’t believe that money can solve everything and becomes repulsed by Kambe’s materialistic demeanour.

I’ve noticed this is a trope that I tend to find quite entertaining and enjoyable, whether it’s in books or various cinema: two people with polar personalities who must come together for a common cause. In this case, it’s solving crimes. It should be interesting to see how such different people with different beliefs and morals shall break bread, so to speak, with respect to the cases they’re given. 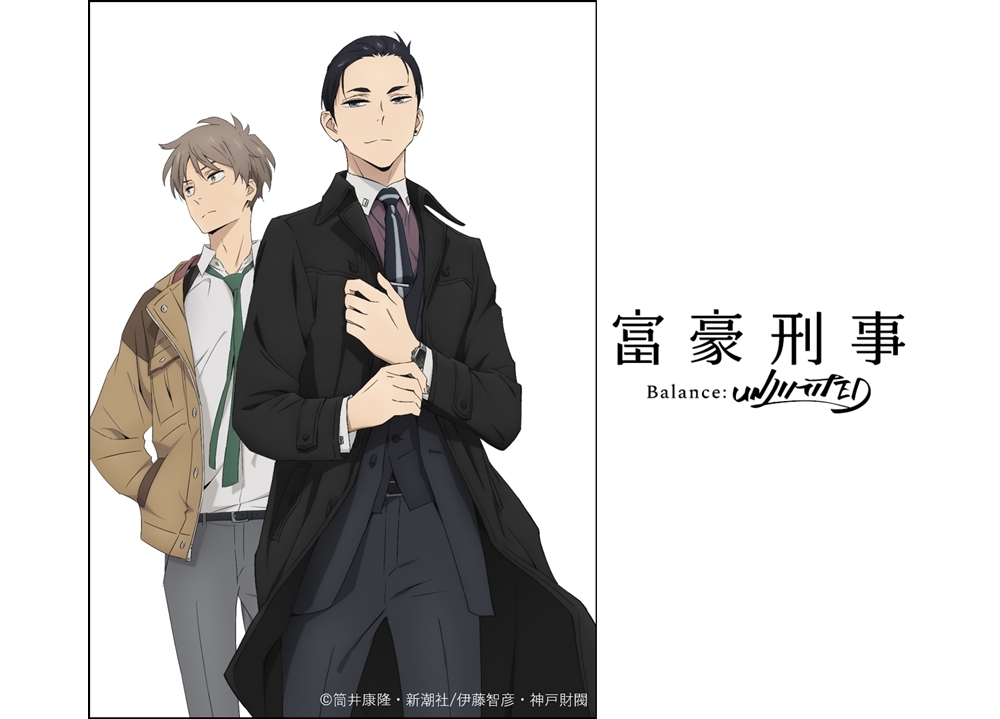 Wave, Listen to Me! (波よ聞いてくれ): A seinen, comedy that is based off a manga by the absolutely brilliant Hiroaki Samura (Blade of the Immortal) that is about a lady named Minare Koda. She spills her guts about being heartbroken to a local radio station worker one evening while being quite drunk. The next day, she gets to listen to her pathetic recording on the air (radio). Pissed off, she storms into the radio station, but then gets tricked into participating in an impromptu talk show; a gig that becomes her gateway to the world of radio.

I only have one thing to say about my interest here: HIROAKI SAMURA!

Okay, I’ll add a second thing: this sounds fucking hilarious and I really need ridiculous laughter in my life right now (then again, who fucking doesn’t?). 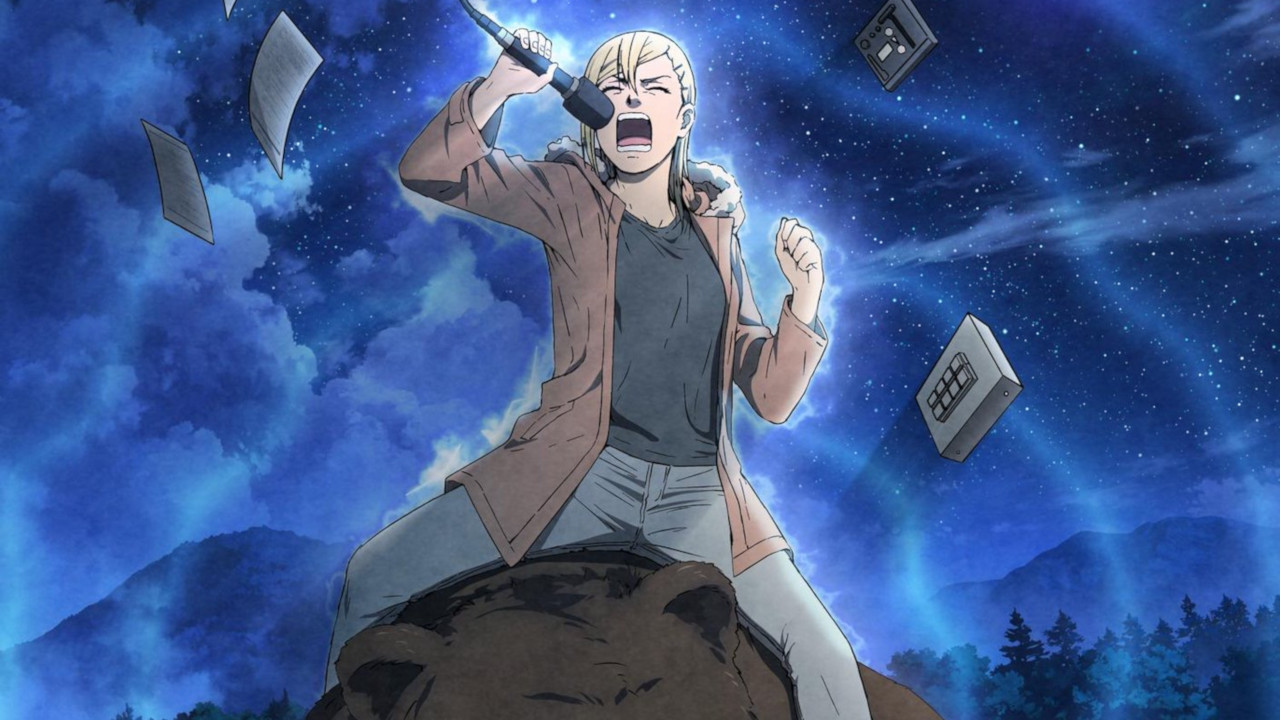 Sing “Yesterday” For Me (イエスタデイをうたって): A coming-of-age, slice-of-life tale about three individuals: a university grad who’s having trouble finding work after college, an enigmatic woman with a pet crow, and the grad’s former college classmate.

There is nothing uniquely fascinating to me about this series. I’m not sure why, but I felt drawn to it when I read the premise and saw that it was a slice-of-life. Maybe it’s because I can relate to the difficulties of finding work post-college. Or it can be chocked up to the bizarre woman with a pet crow (that’s pretty unique). Or maybe it’s the simple magical phrase of “slice-of-life,” which I’m always weak-at-the-knees for. No matter the reasoning, it just seemed kinda cool. 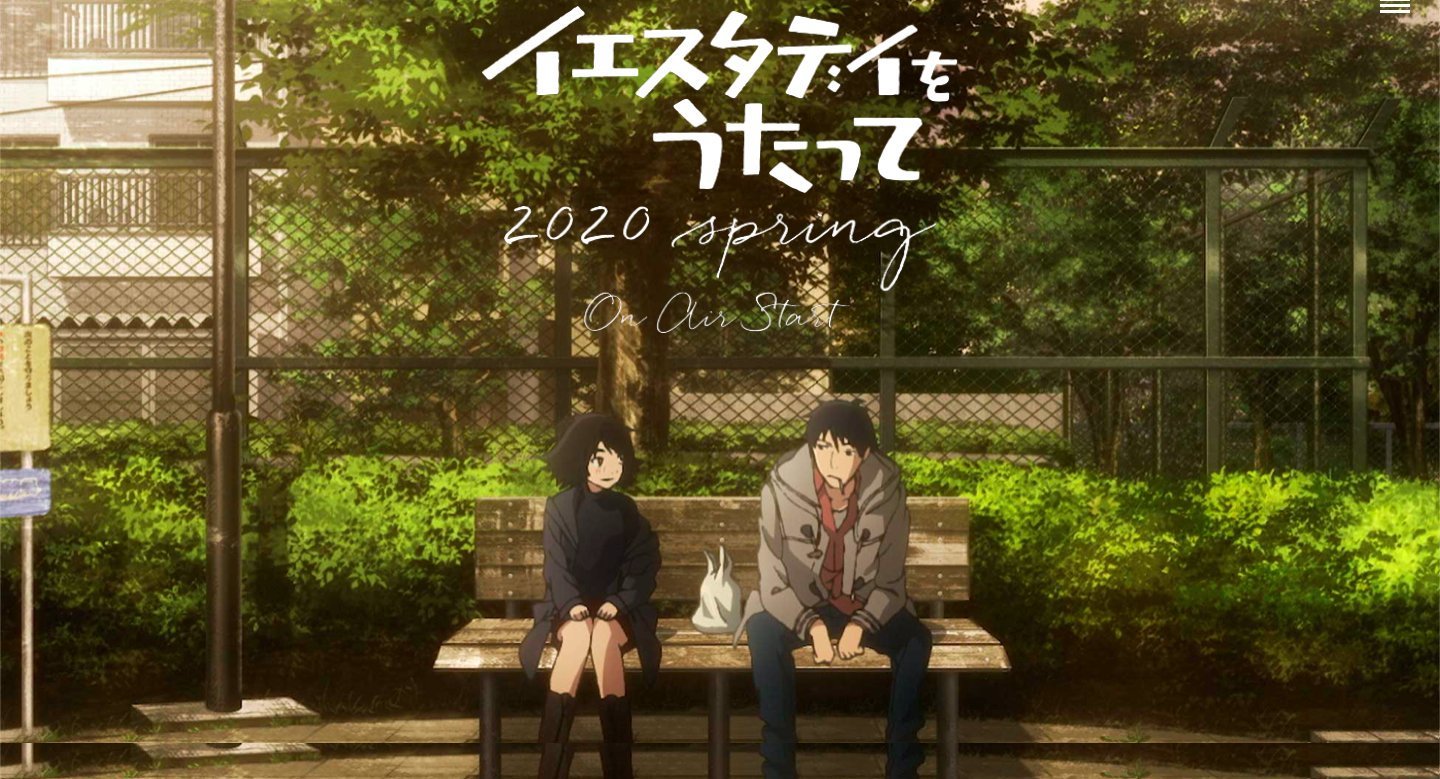 Those are my five Chosen Ones for the Spring simulcast season and I’m rather excited for all of them to various degrees. While I’m not sure that any of these titles can live up to the splendour that was Somali and the Forest Spirit, or the sheer youthfulness of Smile Down the Runway, I’m rather hopeful that they shall keep me entertained at the very least (possibly by becoming somewhat of a mess like The Case Files of Jeweller Richard).

What are some of your most-anticipated Spring serials? Are any of these on your list?