Some of my favourite genres of books to read are thrillers and mysteries. Whenever I look up posts sharing new books or upcoming titles for the year, very few of them consistently share these genres. Most of the stuff mentioned includes fiction (usually contemporaries), fantasy, and sci-fi—adult and YA. While I love all these things, occasionally I just want a good list of terrifying or mind-blowingly fucked-up stuff to check-out. It helps feed the darker parts of my soul.

So, I figured why not reveal some of my most-anticipated thrillers and mysteries for the year? After all, I can’t be the only hooman out here digging these kinda reads, right?

I concocted this list at the beginning of 2020 and thus far I have been lucky enough to acquire copies of two books shared herein. As the others get closer their respective release dates, I’m hoping to pick them too. Titles are linked to respective GR pages. 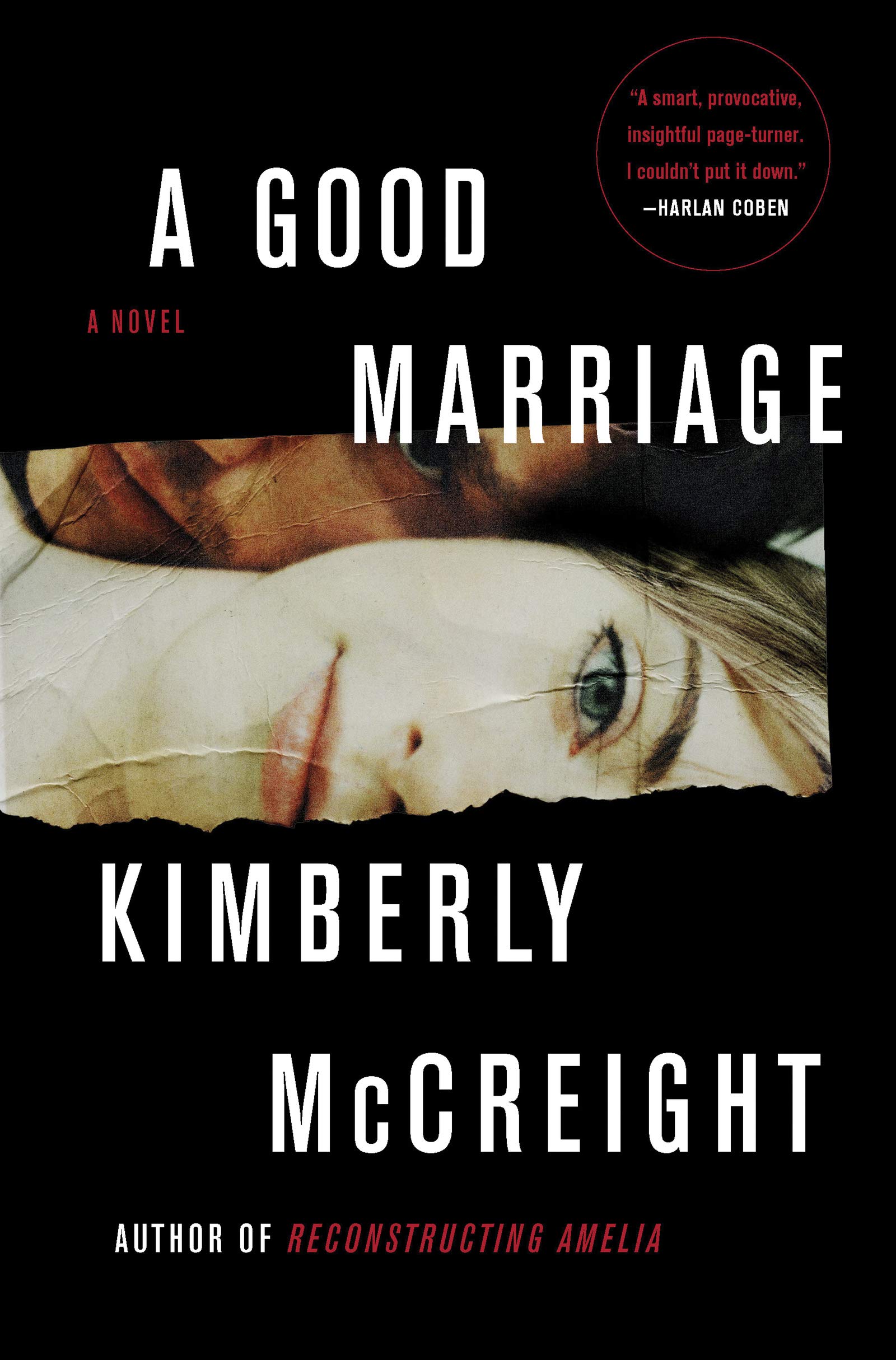 A Good Marriage by Kimberly McCreight: This psychological thriller follows a lawyer named Lizzie who had a pretty decent life until her marriage fell apart and she lost her job. As she deals with the turmoil that life has tossed her way, she receives a call from an inmate at Rikers for help. Even if he is an old friend, this complication is the last thing that Lizzie needs in her messy life. But her chum, Zach, is desperate. His wife has been found dead in their home and Zach is the primary suspect. The only person who may be able to help Zach is Lizzie. Yet the more she digs into the dark mystery, the more she realises that things with her mate where never as they seemed to be. It released on May 5th.

This was one of my Book of the Month picks for the month of May (which came in today, woot). I am a humongous sucker for legal thrillers. While this one doesn’t seem like a traditional legal thriller as it has more crime suspense elements, it still sounds fantastic. Can’t wait to dive into it. 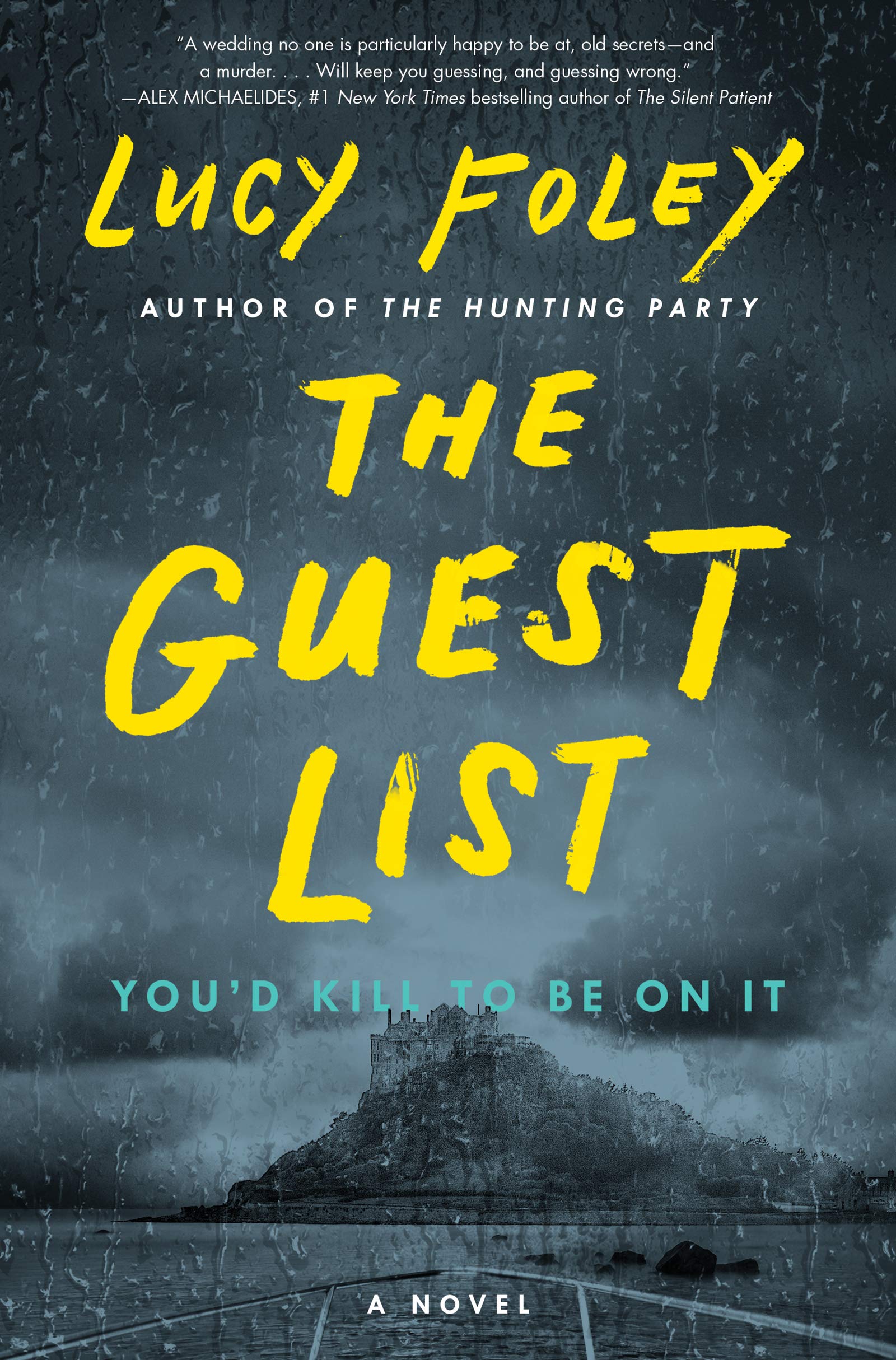 The Guest List: A Novel by Lucy Foley: On an island off the coast of Ireland, folx are partying it up in celebration of two people permanently getting romantically tethered together. Just as the festivities for this fit-for-fame-wedding starts to get into high gear, someone turns up dead. Questions of loyalty, jealousy, and more arise as everyone struggles to discover who the culprit is. The only thing they know for sure is that it’s one of them. Releases June 2nd (BOTM folx had an early access).

This was last month’s Book of the Month pick for me. Besides the whole crime mystery gig, I love stories set in Ireland. It’s a lovely country and most of the stories set there tend to be brilliantly atmospheric. Not sure how much it will apply in a wedding-type situation, but I’m down to find out. Also, I’m intrigued by the fucked-up shit that comes out about people during these types of situations. I feel like the people at this wedding are going to have plenty of drama to go around. 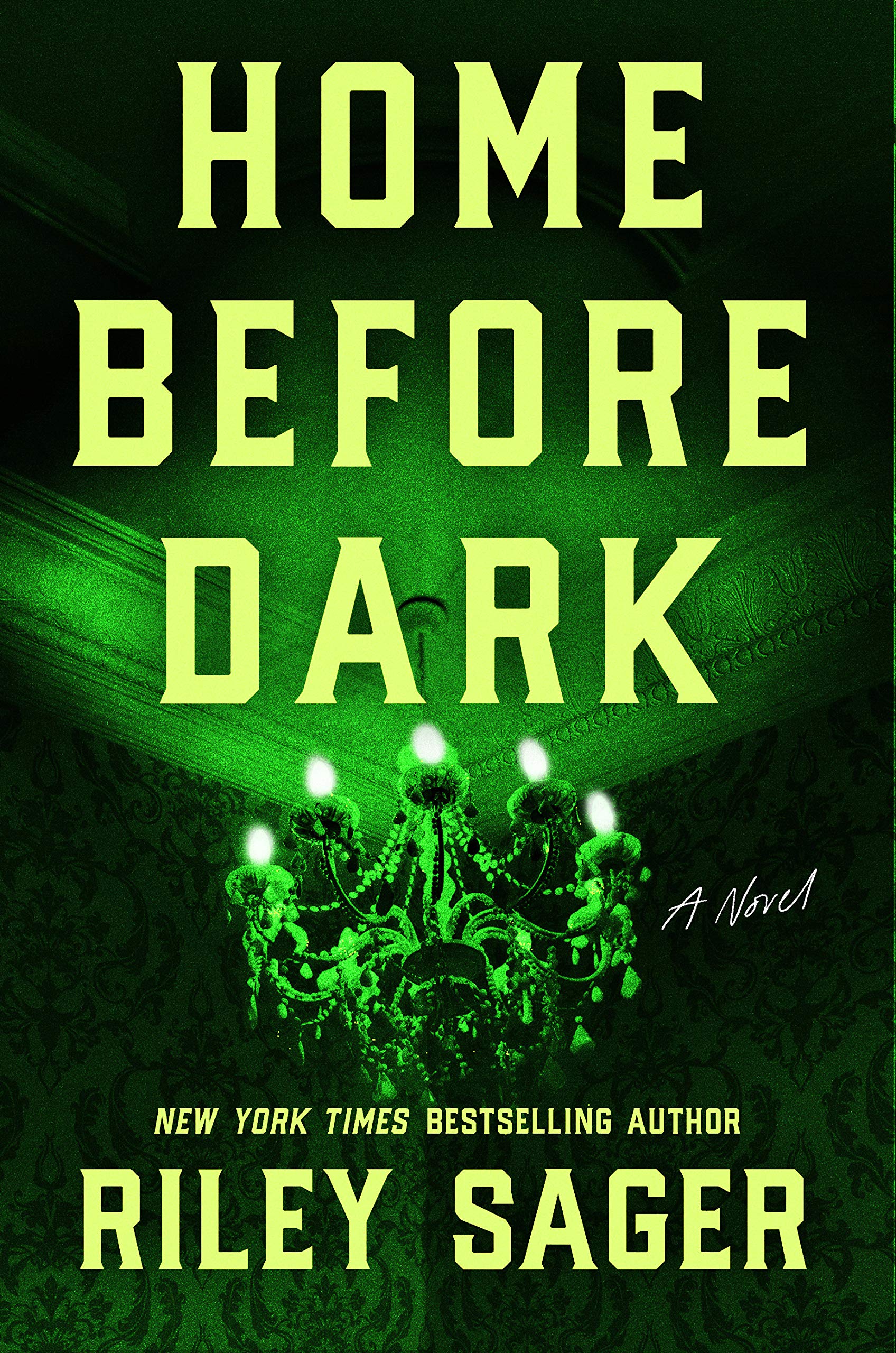 Home Before Dark: A Novel by Riley Sager: A supernatural thriller, it follows Maggie Holt. She and her family spent three weeks in a rambling Victorian estate in the Vermont woods before they fled in the dead of night. That was twenty-five years ago. The ordeal is recounted later in her father’s nonfiction book, House of Horrors, where he speaks of ghostly gigs and sinister encounters with the supernatural. Presently, Maggie is a restorer of old homes, being far too young to remember the terrifying events of her past. When Maggie inherits Baneberry Hall upon her father’s demise, she hopes to renovate it. Yet, her homecoming is far from warm. People from the past lurk creepily, making it clear that her presence is unwanted. The more time Maggie spends working on the house, the more she starts to realise that maybe her father wasn’t a crazy kook after all. Releases June 30th.

Riley Sager is an author who’s works are relatively enjoyable for me. The only one of his books so far that was a five-star read was The Last Time I Lied. His debut, Final Girls was about average, and the predecessor for this title, Lock Every Door was really great until the big twist (review will be up this weekend). Even so, he does atmosphere well and has a good hand at building suspense. Because of these elements, his upcoming book dropped onto my radar. 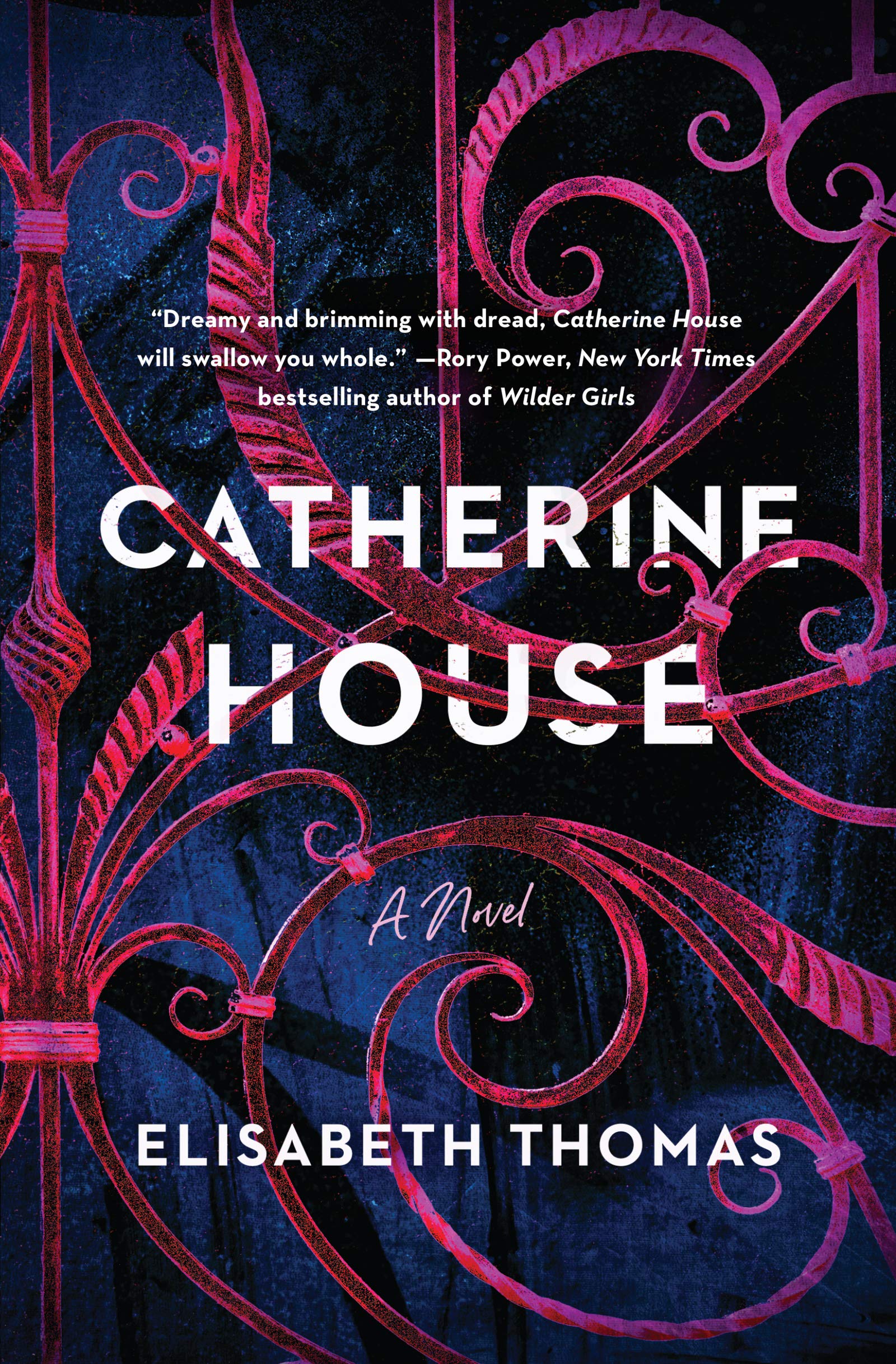 Catherine House: A Novel by Elisabeth Thomas: A Gothic-infused suspense thriller that takes place at an elite, reclusive university named Catherine House. The Uni is known for educating some of the most successful people around. However, there is one catch that students must abide by: they are to completely seclude themselves from the outside world for three years, including summers. As the new batch of undergrads settle in, what once felt like a sanctuary starts to reflect a gilded prison. When tragedy strikes, one student in particular begins pondering at what else the college may be hiding within its walls. Releases May 12th.

I love books about shady ass fucking schools doing some shady ass fucking shit, especially if there is a supernatural element to it (not sure if there is or not for Catherine House; I suspect having that knowledge would be spoilery). So, when I read the synopsis for this, I was SOLD so far. Plus, it’s authored by a POC and I stan wholeheartedly. The Hollow Ones by Guillermo del Toro & Chuck Hogan: A horror crime thriller about a rookie FBI agent who had to put down her partner after he suddenly turned violent while apprehending a rampaging murderer. Devastated by this traumatic experience, Odessa Hardwicke is placed on desk duty pending a full investigation. Yet, the most disturbing part of the experience is the shadowy figure that Odessa swears she saw fleeing her dead partner’s body upon his demise. Questioning her future with the Bureau, she takes on a low-level assignment of clearing out a retired agent’s office, Odessa hopes to sort out her feelings and desires for the near future. However, what she discovers during this assignment, shall lead her down a path of unhinged and unspeakable evil she never imagined possible. Releases August 4th. 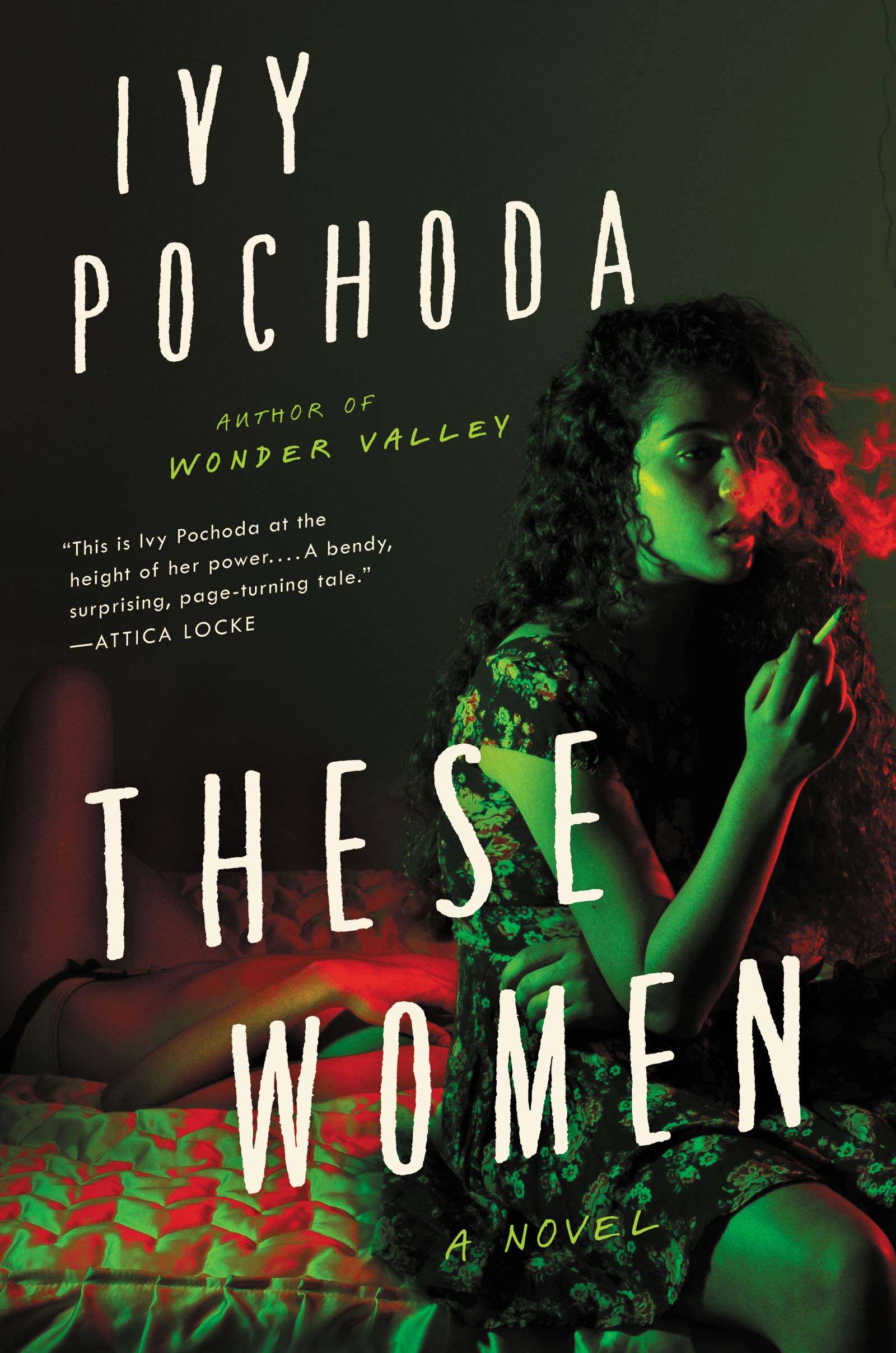 These Women by Ivy Pochoda: A feminist thriller that  takes places in West Adams in Southern LA and revolves around five women who are known as “these women.” They are very different individuals with lives that are utterly steeped in danger and anguish, particularly as they are connected by one man and his malevolent obsession, yet it’s unbeknownst to them. When two murders rock the neighbourhood, their carefully crafted existences are about to come crumbling down. Releases May 19th.

I loved the cover for this, and it lured me into looking up more information about it. I love thrillers that have social critiques in their depths. They make for some of the most compelling types of books to read, and I also feel it’s a creative manner of tackling some of the hard-hitting subjects that society needs to focus on. Most of them are wonderful ways of drawing people out of their own asses enough to start asking real questions about where things need to change and how to make those changes. My hope is that These Women shall be one such read. 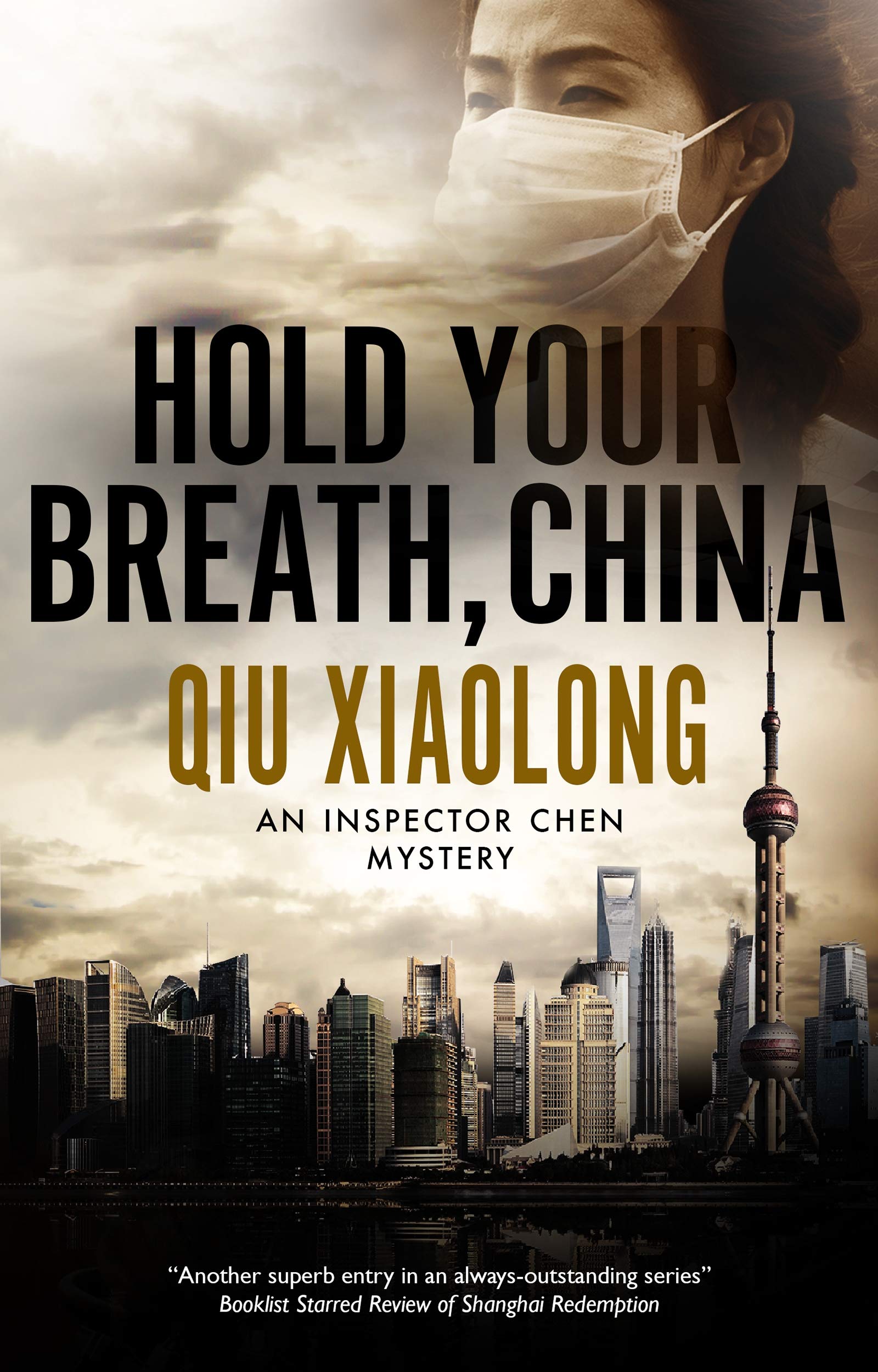 Hold Your Breath, China by Qui Xiaolong: An #OwnVoices Chinese thriller that is part of the Inspector Chen series, it follows Chief Inspector Chen and Detective Yu Guangming as they are brought into a serial murder case via special request. Before Chen can begin, he gets swept away on special assignment by a high-ranking Party member to infiltrate a group of environmental activists that are meeting to discuss the city’s growing pollution levels and how they can force the government into action. Meanwhile, Yu is left to investigate the grisly murders on his own. As both people face immense pressures from those above them, they must find a way to resolve their assignments before innocents become fodder in this complex political thriller. Releases June 2nd.

The author was my main reason for adding to this my TBR. He’s pretty great and I’ve loved the works that I have read of his (many years ago). Inspector Chen is a great methodical series of mystery novels as well. So, when I caught the latest release, on the list it went!

Those are all the thrillers that I shall (hopefully) be devouring in 2020! For the two books that I own, my goal is to read and review them in June, so keep a patient eye out for ‘em. If you know of any awesomely dark and delicious thrillers releasing later on in 2020, please go ahead and leave them in the comments below! I’d be ever so grateful.