Ghost Files: The Face of Guilt is a supernatural hidden object game (HOG) that was developed by Brave Giant LTD and published by Artifex Mundi. It’s also the first title in a relatively new investigative series.

Ghost Files: The Face of Guilt follows a detective named Emily Meyer who works for the Boston Police Department. She is currently investigating a serial murder case which has amassed 10 homicides thus far. The culprit has been deemed “The Guilty Man” by the news media and public. Emily works diligently to solve the case and when she’s finally hot on the suspect’s trail, someone suddenly arrives out of the shadows to completely derail her pursuit. 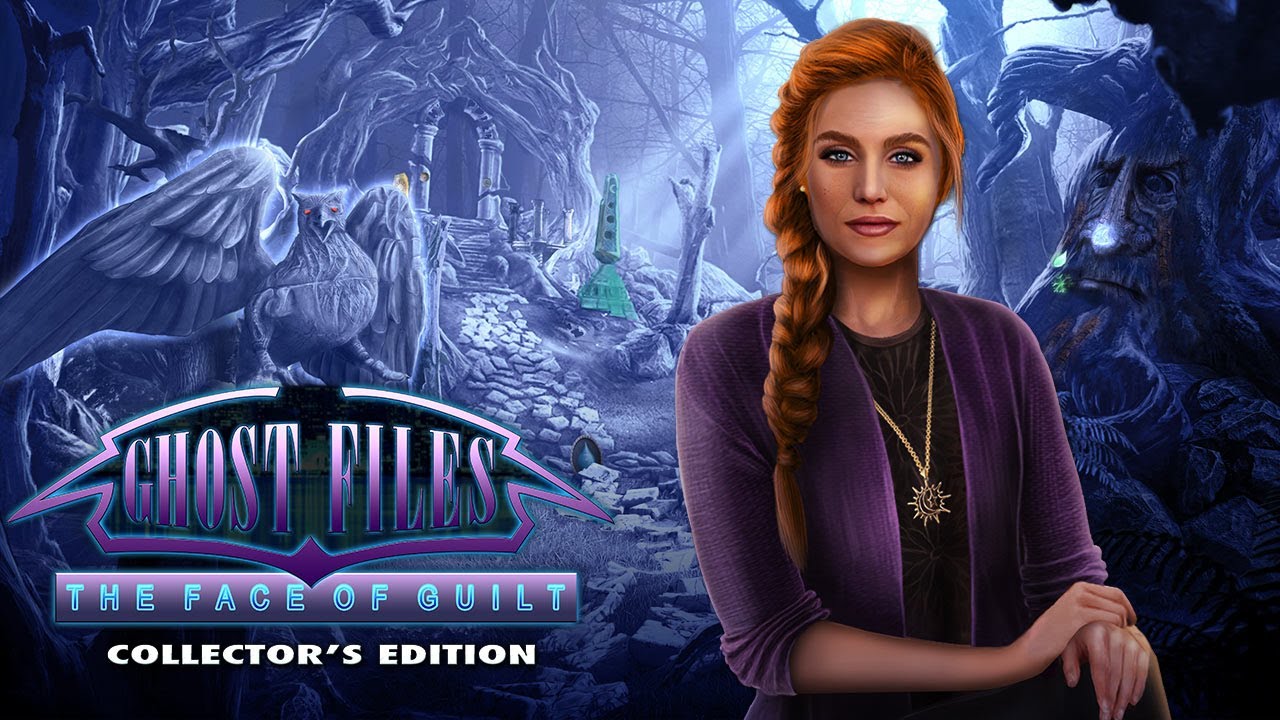 In many ways, Ghost Files is a standard HOG. There’s a mystery that needs solving and the player, who is commonly a detective or private investigator, is sent out to solve said mystery. There are cool puzzles and hidden-object scenarios for great bouts of casual engagement. However, there are a few extra elements—good story, interesting investigative gameplay, stunning graphics—to this title that I felt makes it one of the best HOGs I have played in a long time.

The storyline for Ghost Files was really pleasant. It wasn’t outrageously convoluted or ridiculously wild, which I appreciated. Most HOGs have some utterly laughable premises (usually half the fun the of playing them), and while I don’t mind them by far, I do appreciate a bit of more realistic storytelling from time-to-time. It’s a straightforward tale about a cop who wants to catch a relentless killer. In the process she gets caught up in a spot of supernatural theatrics that fit the plot rather nicely. The clues she discovered during her investigation connected from one to the next keeping that curiosity afloat. The ending was neat because even though it’s a very comfortable and satisfying finale, there is enough wiggle room to allow for a proper sequel.

All clues point to death

The gameplay is about as basic as it gets with HOGs. Most of the puzzles that must be completed are related to the story rather than being somewhat random and obscure, and they aren’t challenging either. While there aren’t specific directions listed for more difficult (still relatively simple) puzzles, after some poking around, deciphering them does become effortless. The same thing can be said about the hidden object portions. The scenes aren’t frustratingly packed from corner to corner with an unfathomable amounts of junk. Instead, everything feels far sparser with the literal spacing between them and the clear shapes and placement of things. Most of the gameplay feels like it was crafted to be as casual as possible so the player could kick-back and enjoy the story, and this was a great change of pace, especially since the story was a decent one.

The only special or unique aspect of the gameplay that separates this title from others like it, were the investigative aspects. Since the player is a detective, they carry around a forensics kit that allows them to collect evidence, such as blood and fingerprint samples. Then the detective examines these clues and trace evidence in order to find connections so that the case can progress forward. The ascertaining of connections usually consists of a small puzzle itself, and these were the tougher of all the puzzles in Ghost Files, mostly with just finagling out the direction of what needs to get done. I enjoyed these sections the most and just wish there were more instances of them.

The animation and graphics for Ghost Files was also rather lovely. The scenery is beautifully detailed and uses lots of vibrant and bright colours that pop nicely. The backgrounds and foregrounds aren’t muddled out for the sake of emphasising interactive objects. Everything fit together well, which allowed for a very clean and sharp appearance throughout. I cringe every time I see HOGs with environments that clash due to something being an interactive item versus just flavour in the environments. Out of all the HOGs I’ve played over the last five years, I would have to say Ghost Files is one of the prettiest.

I spy a spoopy AF house

Players that seek easy trophy acquisition may enjoy Ghost Files for that quality. The bulk of them are unlockable with story progression. The typical “Find 3 Things in Less Than 10 Seconds,” and others like it are also there, but as I mentioned earlier, the items are so quick-to-spot that obtaining these trophies will be a piece of cake. The same can be said for the collectible-centric ones too. I managed to unlock all 22 trophies on my first playthrough.

If you snag the collector’s edition, there is a bonus story that players can unlock after finishing their first run through of the main story. I haven’t played this yet, but if it’s similar to other HOG bonus content, then it’ll be about another extra hour of gameplay that will focus on one of the side characters.

The one on the right is the bonus adventure

All in all, Ghost Files: The Face of Guilt was a really great hidden object game. It emphasises casual gaming above all else with a simple yet curiously engaging story, splendid graphics, and accessible gameplay. I definitely recommend this to fans of HOGs, and anyone else looking for a chill and short (approximately four hours) gaming experience.