The Kinship of Secrets by Eugenia Kim is an #OwnVoices Korean historical fiction novel that is also a continuation of the author’s first novel, The Calligrapher’s Daughter. The story takes place in 1948 and follows Najin and Calvin Cho who travel from South Korea to the USA with their young daughter Miran in search for new opportunities and a better life. Wary of challenges that they know will await them, Najin and Calvin make the excruciating decision to leave their infant daughter, Inja, behind with extended family, hoping to return and reunite with her as soon as they are able to. Then war breaks out in Korea and there is no end to the separation. Miran grows up in the American suburbs while Inja has to grapple with a war-torn land and a connection to a family she doesn’t remember. Even though the Najin and Calvin long to reconnect with their long, lost daughter over the immense distance, time, and war, deep family secrets threaten to upend everything.

The Kinship of Secrets is such an important book to read because it does an excellent job of portraying what life was like during the Korean War, especially for Korean citizens who were caught in the middle. It was an extremely difficult and oft times painful era, and the author does a superb job of really bringing the loss, confusion, sacrifices, and overall sense of loneliness that was a harsh reality for so, so many people to the present.

Based on her own family’s history, at its heart, The Kinship of Secrets is about two sisters that are separated by a vast ocean and many years of time. The story is told from their perspectives solely and work to highlight how each of them felt in the wake of their parents’ incredibly complicated decision to leave one child behind in Korea with relatives while bringing the other with them as they immigrated to America. The impact of that choice haunts both young girls for many, many years to come.

Miran, in America, is constantly left feeling inadequate and even at-times a bit abandoned by her parents, especially her mother because Najin is constantly thinking of her lost daughter, Inja. Whenever she’s knitting clothes or saving up to send presents back home, Inja is never far from her mind. This critical examination of abandonment and how it doesn’t always revolve around the physical spaces between people, but also an emotional one, was enormously powerful. I could feel Miran’s frustrations and longing seeping out from the pages and found myself crying at certain scenes because I yearned for her mother’s love along with her.

On the other side of that, we have Inja, who has heard stories about her parents from her relatives—grandparents, aunt, and uncle—yet she doesn’t have any memories to associate those stories to. For all intents and purposes, her family and parents are the people that she’s with in Korea, not the two who chose to leave her behind. She grapples with what it means to be the daughter of invisible parental figures and, as expected, ponders what she may have lacked to warrant their abandonment. It reminded me quite bit about the conundrum that adopted children face when they learn of their history and it is equally as heart-breaking and evocative as Miran’s desire for her mother’s attention and affections.

Together these two narratives eventually intertwine and what comes of it is intensely bittersweet. I could tell from the first few chapters that a happy ending, one full of fluffy love and sticky-sweet joy, was more than likely not going to happen, and after having read the finale, I feel like it’s a perfect fit for the type of tale that the author is telling. 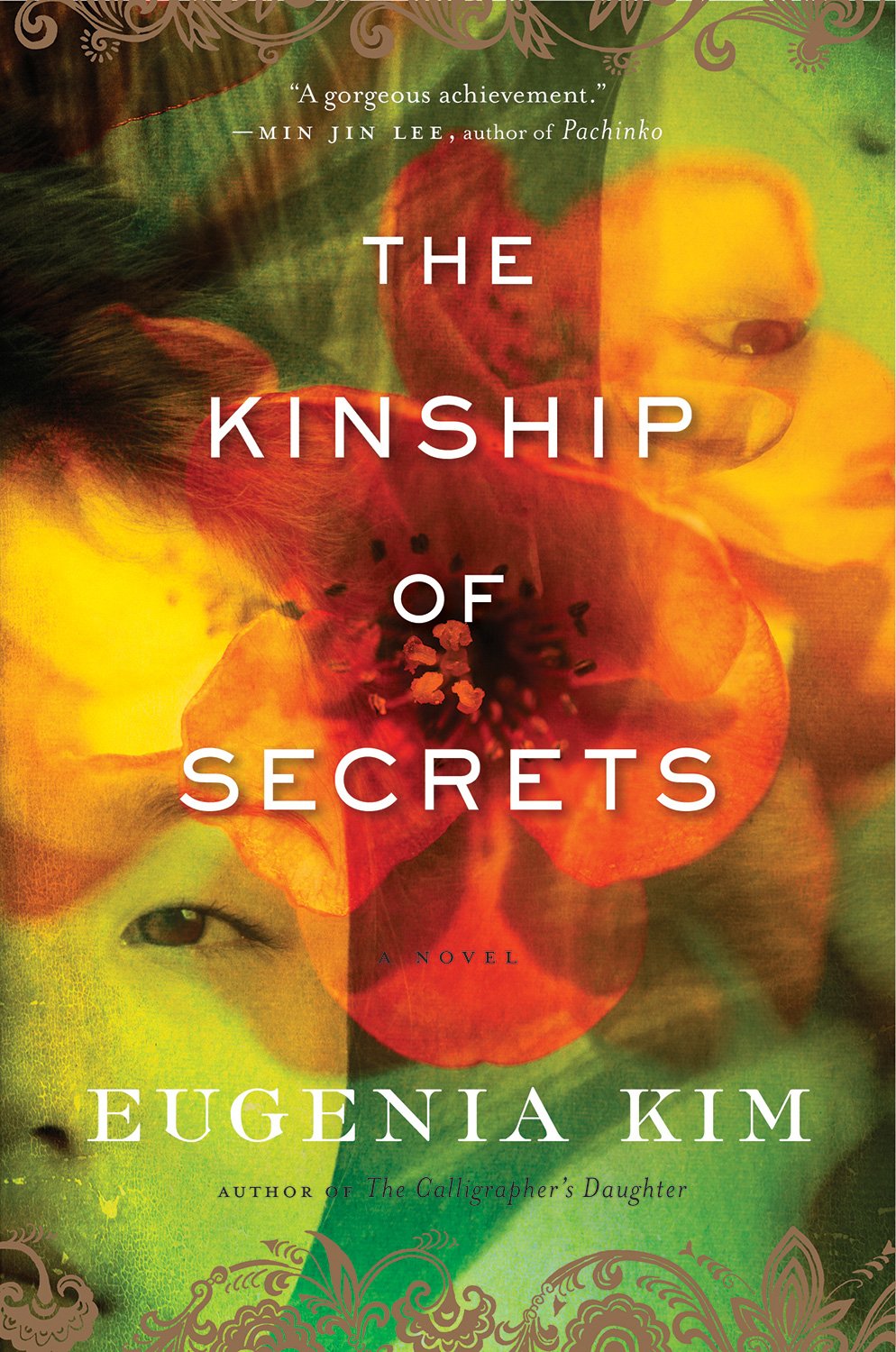 The Kinship of Secrets isn’t only about a broken family trying to find their way back to one another. It’s also about how an era of war and brutality can influence an individual’s place in the world, particularly with how they view themselves. No war is without terrible sacrifices, torn families, a great sense of homelessness if the family is fleeing for their safety, and the constant tribulations of how strong the bonds between people can be. If families are forced to immigrate, then there’s also the exceedingly difficult task of overcoming language, cultural, and social barriers. We see this with how Najin keeps track of American colloquialisms to better understand English. War brings about a complete and total change of identity and even cultural heritage that can be devastating.

The author expresses all of these themes via a carefully crafted and highly detailed work of fiction that is such an in-depth expression of feelings, thoughts, and growth that it can feel somewhat overwhelming at-times, which was the only struggle that I had whilst reading The Kinship of Secrets. Rather than a fictionalised account of real life, I felt I was reading a nonfiction biography filled with age-old familial facts and that created a small bit of disconnect between me and the story as a whole. I still adored it and feel it’s some of the most vital historical fiction out there, I only wish that the prose were a bit more sweeping and ingratiating rather than straightforward and uniform.

All in all, I highly recommend The Kinship of Secrets to all readers who enjoy historical fiction, particularly ones that centre on multicultural, immigrant experiences during a time of war, or for people who are interested in learning and understanding more about Korean culture and history. It’s an excellent book that shouldn’t be missed.

If you’re interested in learning more about this book and the inspiration behind the story, please do make sure to read the Author’s Note and also visit this wonderful interview with Ms. Kim.

3 thoughts on “The Kinship of Secrets by Eugenia Kim: An Extraordinary Examination of the Many Shades of Abandonment During a Great Time of War”